Zabljak – For the third consecutive year, Grand Gold Medal at the Tourism Fair in Novi Sad, for the quality of national restaurants and accommodation, arrived at the hotel, “Maple” which operates under DOO “Apo-export”. Owner Milenko Stijepović, the man behind whom the half-century of work in the tourism industry. Because the results of the tourism promotion of the region in all meridians, Stijepović at the Novi Sad Fair won a prestigious award for lifetime achievement. The working life dedicated to Zabljak started the second half of the fifties of last century, as the officer for the municipality. He was 15 years director of the tourism company that has changed names since 1978. until 1999. The director of NP “Durmitor”, and after retirement he continued his mission in the private tourism company. During his work on Zabljak have been constructed or built hotels “lakes” and “Planinka”, an administrative building of tourist enterprises, motel “Tara”, five funicular and motels “Radovan Luka” and “Sušica” and stingy people in mountain lodges and pools at the time of the NP “Durmitor”.
– This annual award especially because it comes from the profession. I do not know who I ran, but I learned that a commission is fair, twice going around anonymously and in many ways the data collected. He eventually decided by a jury that consisted of representatives of state, members of the former Yugoslavia and unanimously decided that we belong to the highest award that an individual can get from this area – said Stijepović. Tourist maidens from Zabljak Tourism Fair in Novi Sad was won several awards. Hotel “MB” Vukomira Marjanovic was awarded Grand Gold Medal for Tourism. The same recognition, but for quality accommodation hotel has earned the “Enigma” Gorana Radojevic. With this gold medal for quality food service and “Blue snowflakes”, the recognition of the Association of Journalists. 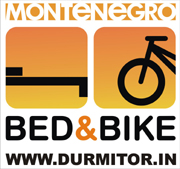 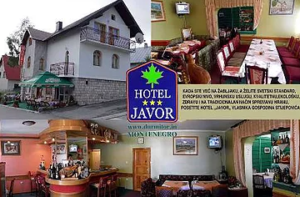